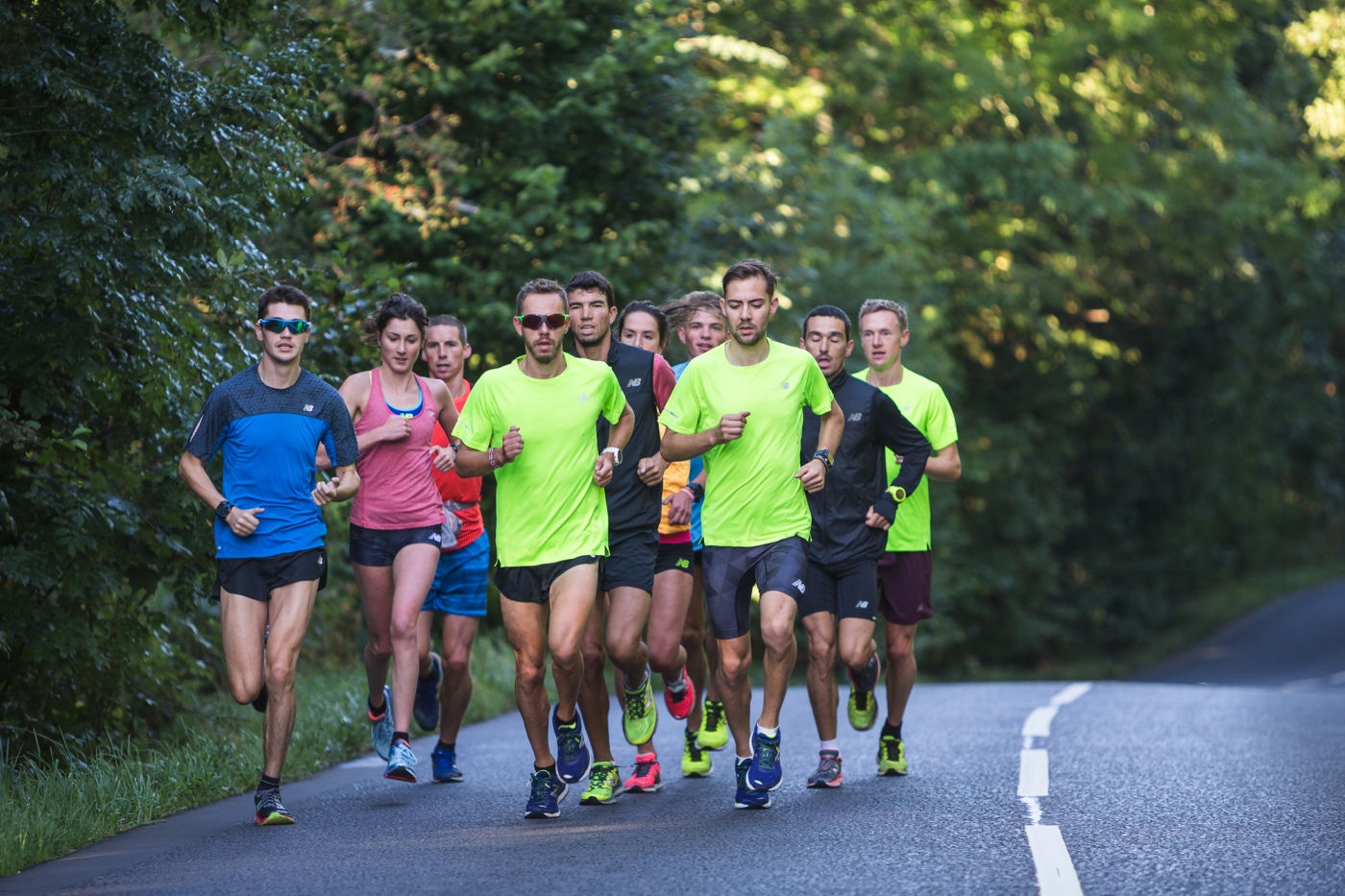 Fresh off her win at the Alsager 5 mile road race at the weekend, Lauren (also known as Laury, Howy, Laulau) was the next in line for a bit of interrogation by the Team NBMCR Q & A!

Not only is Lauren an accomplished athlete with an impressive list of GB representations, she is also a qualified Doctor and for the past few years has worked hard to combine running with working as a Junior Doctor in Wigan. While the rest of us turn up to training in the morning having had a solid 9 hours sleep, Lauren has occasionally had to work a late shift the night before, not getting in until 2am or later, but she doesn’t let it stop her from having a great session!

Having had a bit of time off with injury at the end of 2016, Lauren has been racing herself back to full fitness. The Alsager 5 marked her third weekend in a row of racing, which started at Elgiobar Cross Country in Spain, followed by an 9:15 indoor 3000m in Manchester, and she’ll be finishing off her month of racing with a 10km road race in Schoorl, Netherlands this Sunday where she will be joined by teammates Ross, Jonny and Jamie.

Q & A with Lauren

NB 1500s. Since starting to wear NBs these have always been my favourite shoes for tempos and track sessions. And the only shoes I don’t need my orthotics in. I’d wear them for every run if I could.

Anywhere flat! The Monsal trail in the Peaks is picturesque to run on. That said, I do love heading home and running round Pennington Flash back at the track in Leigh. Although, since moving to Stockport I’m slowly starting to enjoy the hills surrounding Lyme Park and getting the miles in around the Cheshire countryside.

My favourite place to race has to be the track. There’s no hiding there.

If you weren’t a runner what would you do?
I’d get stuck in to my medical books and become the best doctor I can be.

Both my Dad and Grandad. Up until recently my Grandad travelled the World racing at International Masters Championships. He still holds the British over 75’s 5 mile road record. The stand at the Leigh Harriers is even named after my Grandad – ‘The Howarth Stand’
First race:

Crossford Bridge Easter Monday Cross-Country Relays (hosted by Sale Harriers). There were four u11 girls for Leigh Harriers, unfortunately I was the slowest. I didn’t make the team so had to run the third and final leg of the u13 ‘C’ team.

Fresh air, freedom and friendship. Through running I have met some of my best friends.

Jenny Meadows. Not only is Jenny a fellow ‘Wiganer’ but we went to the same High School. I have always looked up to her and she has achieved so much in our sport. I just wish I was as speedy!

Biggest influence in your athletics career so far:

I’ve been very lucky to have several influential people in my running career, Bud Baldaro, Pete Riley and now Steve. However, my dad has always been there throughout. He always knows what to say and has a talent for being in the perfect place on a course to cheer me on with words of encouragement.

Longford Park, Stretford. I always used to run my fastest time of the season there when I was younger and ran my 5,000m PB there last year.

Favourite weather to train in:

A Winters morning with frost on the ground and clear blue skies (no wind and rain!).

Winning the British indoor 3,000m in 2013. I wasn’t planning on doing indoors so it was such an amazing feeling to break 9mins, get the win and go on to race at the European Indoors.

Interests away from running:

I have also made stressing about nothing an art form.

Notting Hill (with a glass of red wine and some dark chocolate).

Peanut butter or any meal my boyfriend Andrew cooks for me.

The Lake District. Britain has some pretty amazing places to visit.

“I have the simplest taste. I am always satisfied with the best.”

It’s a busy weekend on the racing front with Lauren, Ross, Jonny and Jamie heading to The Netherlands for Schoorl 10km. Meanwhile, back in the UK, Eli and Andy are in action over 3000m at the British Indoor Championships in Sheffield on Saturday and Sunday. Good luck guys!