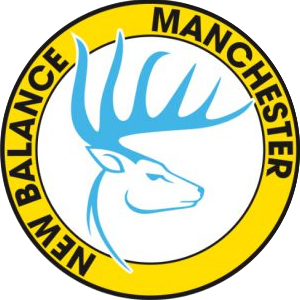 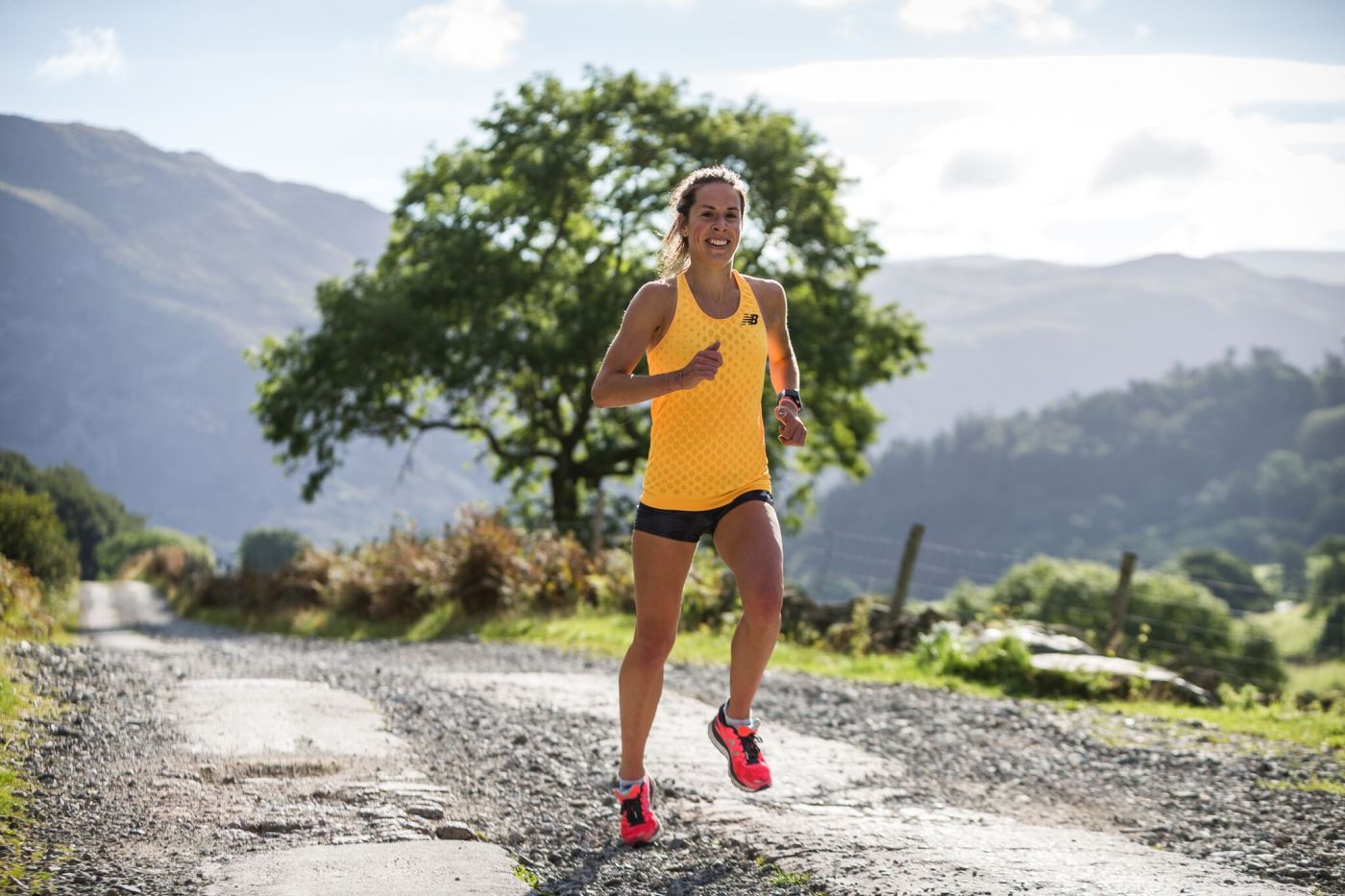 Last weekend, Ross swapped his Team NBMCR vest for the red, white and blue of the Great Britain vest at the European Cross Country Championships in the rather exotic location of Sardinia, Italy. Meanwhile, Charlie and Eli were in action in the slightly less exotic, and slightly cooler climes of Telford.

Ross was part of an extremely strong men’s team in Sardinia that took the Gold medal ahead of Spain and Turkey, this was the first senior men’s team win since 1999! Despite Ross not being in top form on the day he still battled hard to finish 32nd in his 3rd consecutive European Cross Country Championships. Ross has now being selected to run for Great Britain at the Edinburgh International Cross Country on January 7th along with teammate Charlie Hulson. 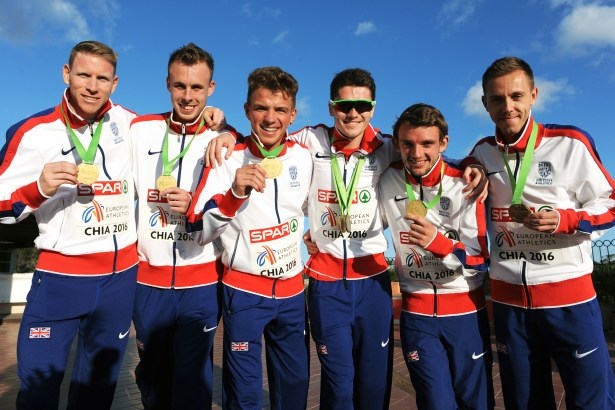 The Telford 10km has a reputation for being a fast course and consequently attracts a high quality field of athletes searching for PB’s. It is a 2 lap course of Telford Town Park, and other than a few ever so slight inclines and a downhill start, it is flat, fast course. With this being Charlie’s 10km debut, he was guaranteed a PB! He made it a good debut finishing in 5th place in a 29.30 in a close race which was eventually won by Josh Grace in 29.21. Eli, won at Telford last year and was looking to improve on her performance and retain her title. After a fast start, she settled in with a group of men and went through 5km in around 16.10, and eventually crossed the line in 1st place with a course record and PB of 32.35, a time which puts her 2nd on the 2016 UK rankings. Full race results can be found here http://www.racetecresults.com/results.aspx?CId=16418&RId=299 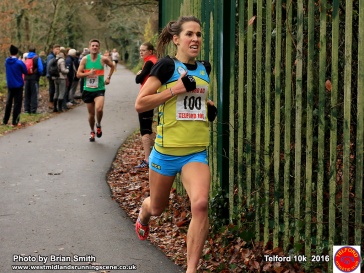 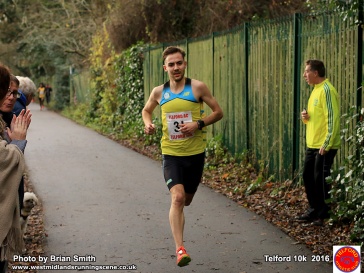 I love the NB Vazee Pace. As soon as I put them on I feel about 10 times faster. I only really wear them for faster runs such as tempo or progression runs, but I always look forward to those sessions, partly because it means I can crack out my Vazee Pace’s!

Anywhere with spectacular scenery and not too many people! I am a big fan of the mountains, so if I had to say somewhere I’d probably say Font Romeu in the Pyrenees, or Flagstaff, America. However, being from Swansea, I also love running along the rugged coast line of South Wales on a wet and windy day. 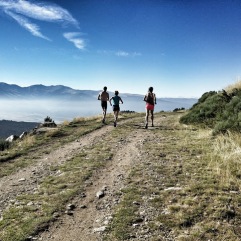 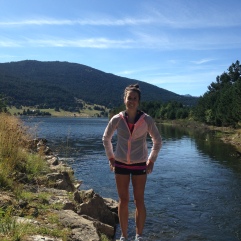 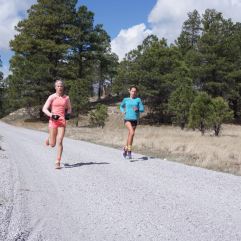 If you weren’t a runner what would you do?

I would probably be putting my Medicine Degree to good use and working as a Doctor. What sort of Doctor I’m not so sure about, I quite like the idea of Sports Medicine, but for the time being, I am quite content putting my medicine on hold and seeing where running takes me!

I’ve always been quite sporty and did almost every sport going as a youngster. I’m not entirely sure how running ended up being the chosen sport, but I guess it was partly because I was good at it, enjoyed it, and my older sister Siân also did it, so naturally as a younger sibling I wanted to copy her! I also remember being really inspired by the Sydney Olympics. I would have been about 12 at the time and remember watching Denise Lewis win heptathlon Gold and Sonia O’Sullivan get Silver in the 5,000m, and my Nanna saying to me that could be me one day!

I think it was the 1km race as part of the Swansea Bay 10km. I don’t really know how old I was when I first raced, but I used to look forward to the Swansea Bay races every year!

It’s not always easy and it can be a tough sport at times, but that is probably one of the reasons I enjoy it. I love the feeling of pushing my body to see what it can do, and regardless of the result, I love the satisfaction of laying it all out there in races!

Running is such a great way to explore places too. I am probably at my happiest running in some beautiful countryside in the middle of nowhere with some good company. Even after years of running, I still wake up excited to run!

Paula Radcliffe. I remember watching her race the London Marathon and I was just in complete awe.

Biggest influence in your athletics career so far?

My past coaches have been really great and a huge influence, but I think I’d have to say Steve. Even though he’s only been coaching me for just over a year, I feel like I’ve learned so much from him and learned so much about myself as an athlete.

I’ll have to say the same as Ross did, and go with the Bo Classic, a race on New Years Eve race in Bolzano, Italy. It is such a fun race, in a beautiful setting, with a great atmosphere! Being cheered on by a highly enthusiastic bunch of merry Italians as they drunk their wine in the Christmas markets was a fun experience! 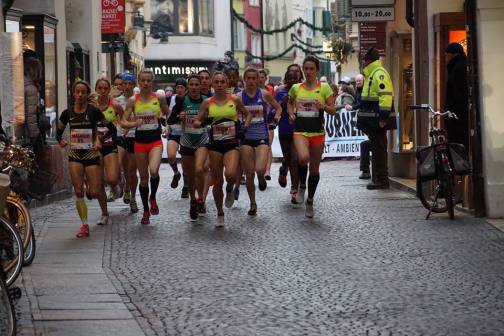 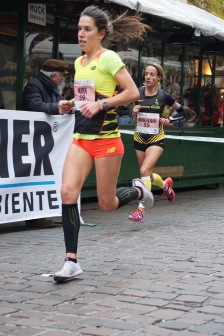 I took a break in the middle of my Medicine Degree at Southampton University to study in America at The University of Alabama,  Birmingham (UAB) and compete in the NCAA. I hadn’t realised quite how massive the NCAA Championships was in America it was until I was part of it. The NCAA really is a great system, and a great platform for developing athletes. Finishing runner up in the 10,000m at the NCAA Championships 2014 would be high up on the list of my highlights along with competing for Wales at the Commonwealth Games in Glasgow, 2014. Hopefully in a couple of years I can add a few other things to this list!

Interests away from running?

I love cycling or any form of outdoor adventure! I only really tend to cycle when I’m on a break from running, but not doing it very often makes it even more enjoyable when I do! I am also partial to a spot of baking. I’m not really a recipe follower though- I tend to go a bit “off piste” with the ingredients and add whatever I feel like, the end result can be a bit variable, but is usually edible! After about a 15 year hiatus from playing the piano, I have also started to play it again I may not sound like Mozart, but there is always time!

I love going back to Swansea to see my family. I don’t go back there very often, so when I do, it feels a bit like a holiday! The coastline around Swansea is so beautiful, and in my totally unbiased opinion the beaches of Swansea are the best in Britain!

Being from Wales, I went to a Welsh Speaking school; Ysgol Gyfun Gŵyr, and am a fluent Welsh Speaker, so if you ever hear me talking in another language, it’s probably Welsh!

To keep improving and enjoying – if it results in making the team for the World Championships in London and achieving the qualifying times for the Commonwealth Games, that would be dreamy!

I also love this quote by Alexi Pappas which I try to remember when I’m racing! “I try to smile at least once during a race. It makes me happier and gives me new legs.”